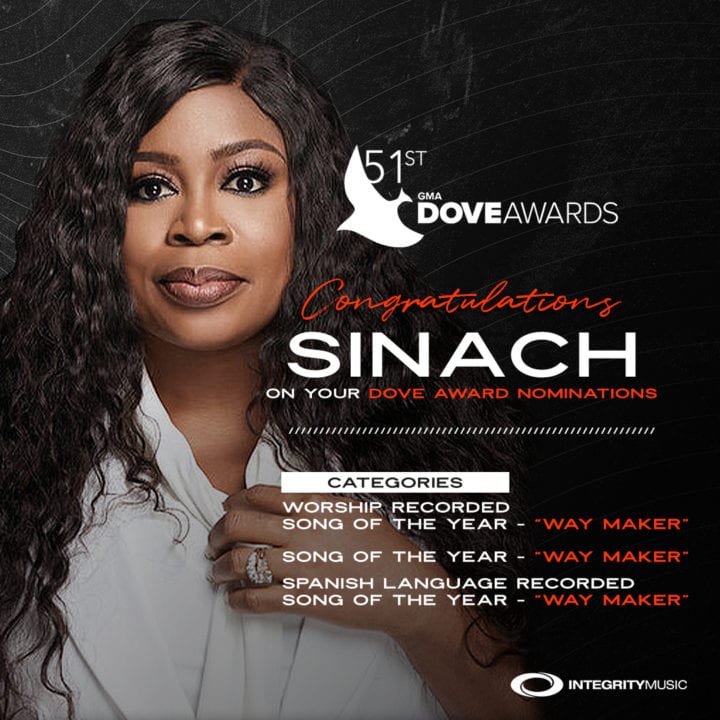 Song Of The Year – Waymaker

She just released a new single, titled Peace In the storm, Click Here to stream/download it.